Laidback Luke with the clutch tried and true electro house mix. Wake up and do something with your day.

Wake up and get going with this hour long multi-genre mix from Seven Lions. It has gotten me up and I am so relaxed now. Enjoy.

Have a good Sunday. Getting back from my trip just now so sorry for not posting much in the past couple days. Enjoy this long house mix, I love these things.

Today I have to talk about one of the most fundamental, serious, and earliest decisions a musician needs to make. That is: what name are they going to take when they perform or produce? Many people choose to simply go by their name. There is nothing wrong with that. Really, you cannot pick a bad name. It is how you choose to express yourself and the image you want to portray. However, I wanted to write about this because I feel like there are several artists in the EDM community that have gotten extremely creative with the name they choose to step on stage with. Be it funny, intense, or just really clever, I bring you the Top 5 Names In The EDM World, as decided by me.

Jose Guerrero from L.A. is a producer who specializes in Moombahton and is heavily influenced by bass. I like his name because it matches his style, getting in your face and explosive. Using the exclamation points is an added bonus.

His remix of Lana Del Ray is really fucking good – and has already hit 144k plays on SoundCloud in just NINE DAYS. Do you understand how good this mix is? You will once you click play.

Bro Safari, What a dope name. Just like a bro going on a safari what’s not to like? It’s like, “Hey, bro, jump in my Jeep and lets go scout out some trill music on the plains of EDM. I don’t fucking know. I’ve never been much for his music, but that is just me. It seems to never develop enough, and that goofy face he puts on all of his artwork haunts my dreams… Bro Safari often pairs up with UFO for some intense trap mixes. Hear one here. 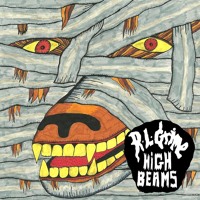 Paying tribute to the amazing R.L. Stein who made me a pro pants shitter when I was a kid, RL Grime puts out the dirty beats that could probably scare small children still. But I dont hate it. They’re dope. He just released his new EP, High Beams. The cover art sticks to the Goosebumps tribute. 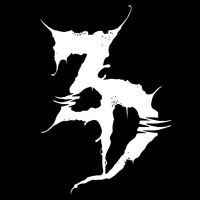 Paying tribute to the classic amazing movie Pulp Fiction. That’s how you get to #2 on my list. Not to mention being one of my favorite artists. How do you do that? Oh that’s easy just remix a track like Nina Simone’s “Don’t Let Me Be Misunderstood”. Some of the heaviest and best DnB this side of the sun. This is a track that has me relaxed. Completely and absolutely relaxed. While still on edge and feeling the DnB rhythms racing through start to finish. It’s a nice break from the trap and house overhauls that I’ve been through lately. Fuck yeah Zeds Dead, baby.

This name is number one to me because just imagine actually having the ability to bend sound to your will and how much more intense that would make the music you listen to? That would hands down be one of the coolest things in the world – since music has influenced me so much. Plus Rell is a really cool name. On top of that, Rell backs up his title by bending some intense beats into your ear receptacles. Specially this collab he did with Far East Movement – Ain’t Coming Down. Last, who the hell hasn’t watched “Avatar: The Last Airbender”? Seriously, if you haven’t then get over yourself and do it. Clearly influenced the name choice.

If you disagree? This is America go right on ahead. Better yet, suggest some names in the comments section that I passed up.

Fuck I love mashups. I posted about it just this morning on the Morning Brew. Something about the combination of  different sounds that bring stuff unrelated together just gets me going. So here are my favorite mashup artists, they put in the work and it is all for free and the glory of music (due to licensing laws and shit). These people deserve to be making money for their talent and I am sure they do through merch and shows and such.

Definitely feel like mashups are an underappreciated sector of EDM that deserves to be shown more exposure.

His name is Mike McCourt from Huntington, NY. This is his Soundcloud, follow it. Here he pulls together Bass Cannon by Flux Pavilion, Mercy by Kanye West, and other stuff that gets me amped up. He has 7 discs out on his BandCamp channel, all for free download and streaming. Find it here and support him!

KapSlap (Jared Lucas from Bethlehem, PA) is not just a mashup artist. He does mixes, house, electro, so I definitely do not want to give anyone the impression that he exclusively does mashups. However, Frequent Flyer is such an awesome mashup CD, 17 tracks and 84 minutes of constant enjoyment. This is honestly something you could put on at a party and just let it run with no effort necessary (don’t do that though – that’s lame). KapSlap also currently has Bootie Bundle Vol. 1 out – and just started up Slapcast, his podcasts, which are available for free download!

These guys. These fucking guys. They are amazing. I have been listening to them for about 2 years now, longer than I have listened to most other artists. And they constantly keep coming out with grade A high quality mashups. They are a trio from LA, comprised of Nicolas Fenmore, Dick Fink and Ethan Dawes, and manage to go to school in addition to their artist careers. I am featuring the Pure Fix Mix in this post because it is the most accurately titled mix I have ever heard. Thriller from start to finish.

Girl Talk aka Gregg Gillis from Pittsburgh, PA, is probably the biggest mashup artist out there. He also is one of the oldest, coming out with his first album, Secret Diary, in 2002 under the label Illegal Art. Perhaps one of his biggest accomplishments – Girl Talk’s album Night Ripper was named #22 on Rolling Stone’s best albums of 2006. He offers all his music via his website with the option to “pay as you wish” which essentially means the music is free but you have the option to help the EDM scene and the deserving artist by making a donation (Which you should).

The White Panda is comprised of Tom Evans (Procrast) and Dan Griffith (DJ Griffi) respectively from Chi-town and LA. They stepped on the mashup scene in 2009.These guys, in my opinion, are hands down the best mashup artists in the world right now. They are just destroying everything they do. I cannot get enough of them and have been playing “Bearly Legal” since it came out a little over a month ago. You can download it for free here. Follow them on their Facebook page for updates, as they release full versions of each of their Bearly Legal tracks.

One of their biggest successes is this amazing mashup of Kanye West and M83. I don’t know why Kanye is good for mashing but oh well.

Last, my favorite track off of “Bearly Legal” – “All Knas Everything”. Which is one of the few tracks they have released a full version for. THIS IS FUCKING HYPE.

Follow these guys. They are going places. I would love to have the opportunity to interview them, like that is one of my goals right now.

WHITE PANDA IF YOU READ THIS LET’S SIT DOWN FOR AN INTERVIEW.

Well pretty much everything.

This hour long mix brings you sounds from all over. He throws Linkin Park in there at one point, it’s amazing and has put the past hour of work behind me – thank god.

Under a fucking rock.

But you can fix that. GoingQuantum is a podcast done by Monstercat Media. They put out one mix a week and almost always have a featured DJ on there spinning some amazing stuff. The podcast tends to run anywhere between 30-60 minutes. These mixes are amazing to listen to, and I personally cannot get enough of them. Currently, Ep. 102 just came out on July 5th.

The best part about GoingQuantum is the variety. They play dubstep/glitch/liquid/electro/DnB/trap/110bpm/trance. It really puts me in a zone when I am in a bad mood, or gaming, or just need to relax. It’s an escape for me personally. And better yet, if you are a new listener, you have 102 episodes to keep you entertained for hours and hours of listening. I hope this does for you what it has done for me — made me passionate about EDM.

You can get more from GoingQuantum by following the link I put on their name. Absolutely stunning stuff.

You guys are the best.

Trancercise
Create a free website or blog at WordPress.com.